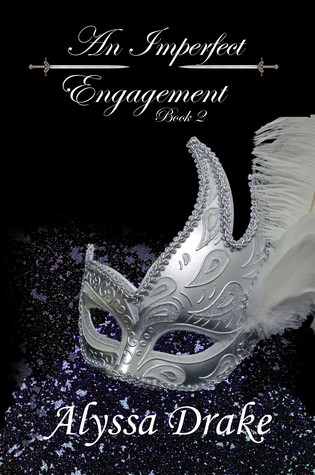 Kidnapped by the man who murdered her father, nearly beaten to death and severely poisoned; so far, Samantha Hastings’ engagement to Lord Benjamin Westwood has been tumultuous at best.

The killer revels his venomous, revenge plot had assistance, forcing the Hastings and Westwood families to reach out for help, but can they trust every friend? Samantha develops a risky plan to draw the accomplice out of hiding, but this scheme may cost her more than she is willing to sacrifice.

The masked ball approaching and Samantha may not survive until her wedding day because – by the end of the evening – at least one person will die….

Read the First book in the series…

Samantha Hastings lived a quiet, peaceful life on her family’s country estate. With no man to order her around and no stifling society rules to follow, she considered herself blessed. However, when her brother’s ship sinks during a short trip to France, Samantha receives a request from her sister-in-law to return to town and manage the late Earl’s finances. Suddenly thrust into society, Samantha faces an unfamiliar world and a pair of very familiar green eyes.

Lord Benjamin Westwood never intended on following through with his rash promise to his best friend. Now, with Edward’s death, Benjamin becomes the unwilling guardian to Edward’s bratty little sister, who has grown up considerably since the last time they met. His intention to marry her off to the first available suitor is thwarted when he finds himself falling for Samantha’s unique demeanor. He lights upon the perfect plan; a marriage of convenience, giving him the opportunity to romance Samantha without distraction.

However, when they discover Edward’s disappearance was due to foul play, Benjamin’s perfect plan begins to quickly unravel. Now, Samantha is in more danger than either of them realized and Benjamin is running out of time.