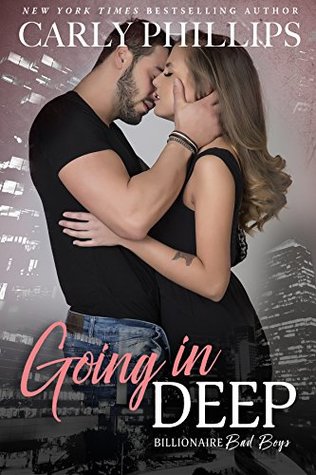 Julian Dane has come back from his rock bottom and has been rebuilding his life and making amends to the people he has wronged. The one person who he wronged the most and wants more than just her forgiveness… his ex-girlfriend Kendall.

Kendall Parker once let her bipolar disorder rule her life, after seeking help and getting her life in order she is finally happy with herself and her life. So when Julian comes back and wants to talk to her and apologize, she knows she must resist him at all costs…

I would not call this book a romance, yes there were elements of a ‘second chance romance’ but it really fell flat for me. Without having read any of the previous books in the series, I felt, although well informed of Julian and Kendall’s past, that I was just missing their initial attraction in this story, and this book was purely about atoning. While heartfelt and dealing with some very serious real life issues, it really just seemed to drag and keep focusing on the same thoughts and issues in it’s entirety.

If you have read the entire Billionaire Bad Boys series, I’m sure this book wraps the entire series up quite nicely. I think both Julian and Kendall were probably pretty hated characters throughout the series, so hopefully they get their redemption for the readers who have read this from the beginning.