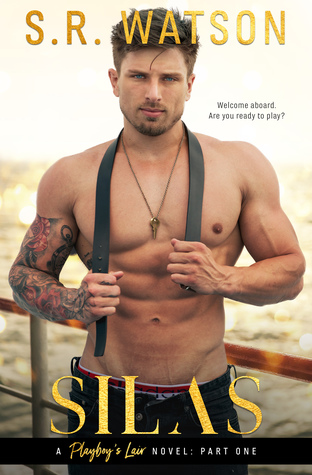 When Brennan Delavan is unexpectedly let go from the only job, and home she has ever known, she is forced to start over. She accepts a job an old co-worker arranges for her with little knowledge of her employer or what the job will entail.

Silas Lair has a thriving and exclusive business set upon his yacht. Where the rich and kinky can come to learn and experience new facets of their chosen sex life. While business is good, and he has no issue with getting women, he doesn’t realize what he may be missing, until he has an encounter with the newest member of his staff.

Brennan is outspoken, inexperienced and a breath of fresh air, Silas is sexy, dominating and… interested in her? When the inevitable happens and they both give in to their attraction it may bring more change than either one of them realized…

I liked this first installment of the series. Brennan may be young and naive, but she is refreshing in her inability to be too intimidated by Silas’ obvious wealth and to not be herself around him. Silas, while rich and comfortable in his lifestyle has some deep underlying issue that is holding him back from a relationship.

This book has an interesting plot, with some unanswered questions lingering in the background, which will hopefully be addressed in the next installment. With Brennan and Silas’ instant attraction and the hot and steamy sex scenes, you get a glimpse into the world of the Playboy’s Lair and the players who inhabit it…