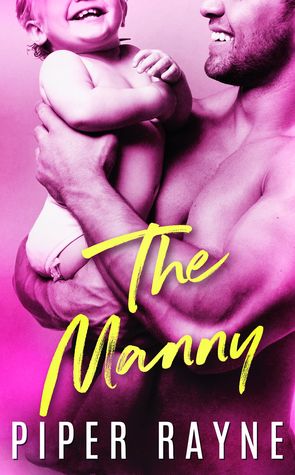 After Vance Rose was fired from his producing job on a popular tv show he decides it’s finally time to sell his movie script. With the help of a buddy who finds an investor Vance’s screenwriter dream may finally be coming true… except for the actress stipulation added to the deal…

Layla Andrews is rebuilding her life after her marriage ended. When approached to star in a new movie, she reads the script and falls in love. The only problem… she needs a nanny.

Vance is willing to do anything to get Layla onboard… even become a temporary manny if it helps her. Neither of them counted on how much they would like each other, and then there’s the potentially toxic secret Vance has been keeping from Layla…

This was a good book. Vance has made some bad career decisions, and the largest one ever just happens to be the actress he needs to get on board with his movie. He is adorable with Layla’s kids… I’m pretty sure you will laugh out loud like I did with the diaper scene. Layla was a child actress who has been trying for years to break out in an adult role. She is a sweet, down to earth woman who cares about her kids above all else.

This book was sweet, sexy and a enjoyable book one in the new series. As usual, I can’t wait for the stories for each of Vance’s buddies in the remainder of the Dirty Truth Series.