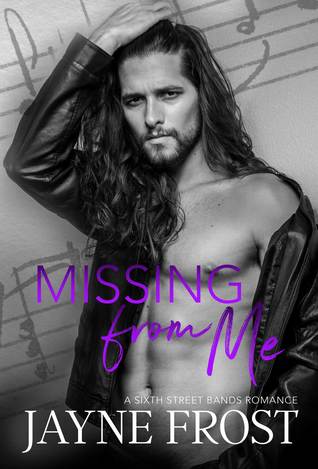 Caged, the band Sean Hudson is a drummer for, is on the precipice of hitting it big, and in return giving him everything he ever wanted. But when his girlfriend doesn’t agree to his ultimatum about traveling with him, he makes the worst possible mistake… and shatters any chance of them getting back together in the process…

Anna Dresden has moved on from her relationship with Sean. Four years later, she now has bigger responsibilities and a need for a more realistic life that doesn’t include chasing after a rock star who left her so easily once already. But when they meet again, old feelings resurface, and a big secret changes everything…

This was a great book! Sean made the biggest mistake of his life letting Anna go, and when he finally does see her again, he isn’t about to give up so easily a second time. Anna is a strong woman who has finally moved on after her devastating break up with Sean. When he comes back into her life she has a lot on her plate, but she has reached the point in her life where she is going to try to achieve her dreams… and she doesn’t need anyone holding her back.

This was a fantastically written second chance romance that featured some great characters and their realistic life problems. While this is book three in the Sixth Street Bands series, it is a complete standalone and I was not lost in starting the series with this book.

I received a complimentary copy of this book in exchange for my honest and unbiased review.

Book One is Free!