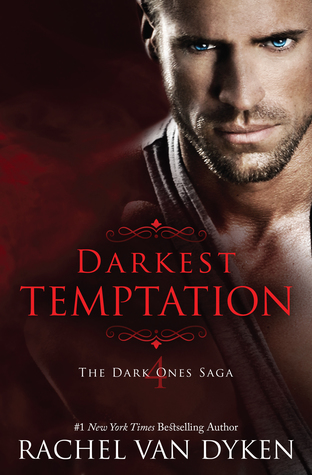 Mason has been torturing himself since the loss of his mate, he simply wants to avoid any sort of happiness in his life if he can’t enjoy it with her. But, when a vampire shows up who pulls him like no one ever has… even his mate; he is understandably resistant to the temptation she presents. Luckily for him… his friends are known to stay out of his business…

Serenity is attacked by an unknown entity on a night she is out wandering and looking for… something. When she finds Mason, there is something about him that speaks to her, but his surly nature and unspoken thoughts do little to help her figure out what her place is in his life.

This was an enjoyable read! Continuing where the rest of the Dark Ones Series had previously left off, Mason is told that in order for the group to be whole and strong that they all would have to take a mate… even those who had been mated previously. What follows is Mason’s story that you will. not. see. coming. As someone who has been waiting for this book and Mason’s story, I had never imagined the scope of what Mason is dealing with. Let’s just say… game changer!

I liked Mason and Serenity as a couple. They had a few hot and steamy scenes in there, but I wish the book would have put more of focus on their relationship. While the story was fantastic, if it had given me more with the two of them it would have been 5 stars all the way! But, Mason’s story is still one not to be missed, and the series continues to be enthralling and entertaining.