Dive into the Newest Sweet with Heat Romance!

Tony Black is the hottest surfer on the planet. He travels the world throughout the year and spends his summers on Cape Cod with his friends, at the Seaside cottages in Wellfleet, Massachusetts. He’s got his choice of women, but Amy Maples is the one he wants. Fourteen years ago she was his for an entire summer, until a devastating accident changed everything, and what they had seemed like it had never existed—at least for her.

Amy Maples is as consistent as the day is long. She’s spent summers on Cape Cod forever, she always does the right thing, and she’s spent years trying to reclaim the heart of Tony Black, the only man she’s ever loved. She’s back for a summer of fun with her friends at Seaside, only this year she’s been offered the opportunity of a lifetime thousands of miles away, and she’s decided to try one last time to reconnect with Tony. But having a relationship with Tony means dealing with her past—and dealing with her past may knock her to her knees.

Secrets at Seaside is the sweet edition of the steamy romance novel Seaside Secrets by Melissa Foster.

Amy wanted to believe them and to see what they apparently saw when he looked at her, but she never had. It was the secret memories of being in Tony’s strong arms that long-ago summer, feeling his heart beat against hers, feeling safe and loved, that made her hopeful there would come a day when they’d find themselves there again. But then her mind would travel to the end of those recent nights when she’d had too much to drink and he’d carried her home. When he’d tucked her into bed and gone along his merry way back to his own cottage across the road, quickly dousing her hope for more with cold reality. Whatever they’d had that summer, she’d ruined.

“Exactly, Leanna. That’s why she’s not making a decision about Australia until after this weekend,” Jenna said. “Right, Ames?”

“Yes. That’s my plan. I’m going to talk to Tony, and if he looks me in the eye and says he has no interest in anything more than friendship, then I’m going to take the job. It’s pretty stupid, really, because how many times has he had the opportunity to…you know?” She dropped her eyes to her glass and ran her finger along the rim. Amy was as sweet as Bella was brash, and even thinking about trying to seduce Tony and finding out where his heart really stood had her stomach tied in knots. When her friends had come up with the idea of seducing Tony, she’d fought it, but they’d insisted that once he kissed her, he’d never look back, and she’d grabbed that shred of hope as if it were a brass ring. Now her fingers were slipping a little.

Jessica shook her head. “So, seduction? You’re going to try?”

“If I can muster the courage.” Amy drew in a deep breath, hoping she wouldn’t back out. As much as she wanted closure, the idea of actually hearing Tony tell her that he didn’t see her as anything other than a friend made her almost chicken out. But she didn’t want to chicken out. She had a great job opportunity, and at thirty-two, she was ready to settle down and maybe even start a family. But that thought was even more painful than Tony turning her away.

Tony set a disconcerting stare on Amy as he moved confidently across the floor with the other guys, heading for their table. Her pulse ratcheted up a notch as his eyes went dark and narrow. She broke the connection, grazing over his low-slung jeans and short-sleeve button-down shirt, afraid to try to decipher if it was an angry or an interested look in his eyes. She’d probably see only what she really wanted to see anyway.

Big mistake. Now she was even more nervous.

Several women in the bar turned and watched the four gorgeous men crossing the floor, but Amy knew they had to be looking at Tony. She was held prisoner by his sun-drenched skin, sandy hair that brushed his devilishly long lashes, and squared-off features that amped up his ruggedness and made her pulse go a little crazy. She reached for a glass of liquid courage, having no idea whose it was, and drained it as Tony slid in beside her. His thigh met hers, and his irresistible scent made her hot all over again. She grabbed another glass and drained it, and another, until the glasses were all empty and the nervous stirrings in her stomach stilled.

“Since when did you become Beyoncé?” Tony grumbled.

Beyoncé? Was that good or bad? Amy couldn’t form an answer. All she could think about was that no matter what the outcome, after tonight her life would never be the same.

Start the series for FREE with
Read, Write, Love at Seaside 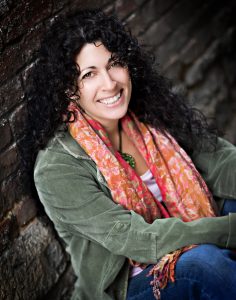 Addison Cole is the sweet alter ego of New York Times and USA Today bestselling and award-winning author Melissa Foster. She writes humorous and emotional sweet
contemporary romance. Her books do not include explicit sex scenes or harsh language. Addison spends her summers on Cape Cod, where she dreams up wonderful love stories in her house overlooking Cape Cod Bay.