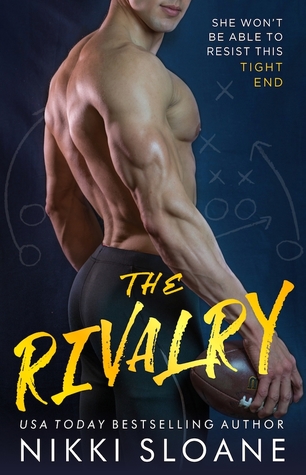 Kayla McCarthy’s life is football. She grew up rooting for Ohio State, and is now their head cheerleader. She may be a little… intense… when it comes to football. When she meets Jay, all she can see is a sexy and fun guy that she couldn’t be more into… and she misses some major warning bells…
Jay Harris is a star player for Michigan. Yeah, rival to Ohio State, Michigan. He meets Kayla and is immediately intrigued by this tiny, gorgeous and refreshing woman. She seems to be clueless about his football career, where so many others only want to be around him because of it.
Once the truth comes out, Kayla is ready to cut her losses… but Jay is used to working for what he wants… and Kayla is one challenge he isn’t ready to back down from…
This was so a fantastic read! Kayla and her family’s obsession with Ohio State is hilarious. Seriously, I think her mother is just about the best thing ever. Kayla is a strong and successful woman who really doesn’t want to be attracted to Jay… but when she is around him she has a nonexistent willpower. Jay doesn’t see the big deal in their rivalry status. They’re both seniors, love football, and they have a unmistakable connection. Kayla is different than any other woman he has ever met, and he doesn’t want something so trivial to get between them.
This book was cute, funny and highly entertaining. Even with their rivalry struggles, Kayla and Jay have a sexy and authentic relationship that was a delight to read.
I received a complimentary copy of this book for my honest and unbiased review.