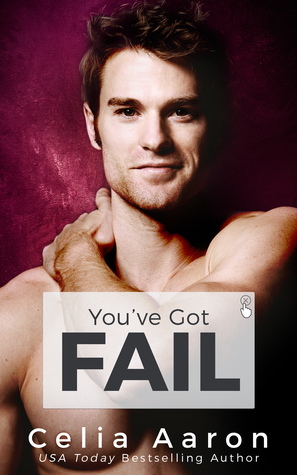 Willis Halloran is a relationship blogger working under the pseudonym of Scarlet Rocket. Imagine his surprise when someone claiming to be him… err… her.. starts showing up in the local society pages. He decides to confront the imposter, and he finds out it’s way worse than he thought.. she’s also a thief.

When the Scarlet imposter worms her way even more into his life and career Willis is prepared for the worst… so whats he supposed to do about the insatiable attraction between them? She is the worst type of news… and his career is suddenly in her hands.

With his blog keeping him busy, Willis has become a bit of a shut in. So, when Scarlet comes crashing into his life, he is suddenly forced to attend parties and interact with people he doesn’t really care to know. Scarlet brings out this dormant dominant and incredibly sexy man that she never would have imagined him to be. But, he is still a total nerd, with an epic crush… ahem, cinematic appreciation for an actor from his favorite films. Their bromance and Willis’ fangirling were just about the best thing known to man.

“Apparently, unhinged nerd with a great body and a rage issue was a turn-on.

Scarlet (aka the imposter) is working as a con woman for a reason. With a need to earn a lot of money quickly, she has no qualms about having to do what she needs to do. Until she meets Willis. He is unlike anyone she has ever known, he’s smart, he makes her laugh, and their sex is off-the-charts.

This. book. was. hilarious. I could not put it down. Through the fantastic plot, amazing characters and the incredibly hot sex, this book had me laughing and highly entertained the entire time.