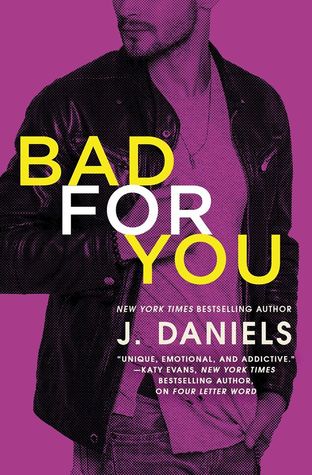 Shayla Perkins had the hugest crush on her co-worker… until she didn’t. When Sean made it incredibly clear that he was not interested in her, in the rudest possible way, it changed their dynamic forever.

Sean “Stitch” Molina knows he will never be good enough for someone like Shayla. She is a bright shining light in his dark and shadowed existence… and he has a tendency to ruin anything good that crosses his path.

When Sean finally opens their friendship back up, not only does Shayla want to show Sean the way that she sees him, but she makes it her mission to heal all the things that have Sean holding himself back from them ever being something… more.

This was such a great read!! Shayla is the most kind-hearted and giving woman. Once she finally gets Sean to open up his life to her, she is completely wrecked by his past and the things he had to endure as a child. When others would be quick to judge him for the mistakes he has made, Shayla only sees the man who developed a kind heart, against all odds.

Sean is tortured by his past. Vowing to never go back to the way he lived life before he got the job at Whitecaps, all he wants to focus on is work and getting his recently purchased house up to snuff. But, Shayla has a way of distracting him in the best way possible…