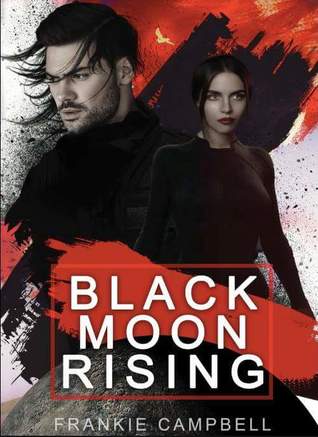 “He is the night bringer. He is the doom and destruction of an entire galaxy. And yet my heart is fused with his, and there’s nothing I can do about it.”

Jass Beylar lives, breathes and kills for the Construct. But there is someone out there, someone who draws him in, even when she doesn’t know she’s doing it. She is the only living being who could ever affect him. And he intends to have her.

Reza escaped from her life within the Construct and has been living under the radar ever since. Until the day she is informed that the most feared man in the universe is coming… for her.

Some people see him as a savior, yet others fear him for the monster he is. But, will Jass be able to show Reza why they are more alike than she wishes to admit, and that they belong… together.

This was such a great read! Sci-fi isn’t usually my go-to, but everything this author writes is spectacular, so I knew it was not to be missed.

Reza was forced to be a part of the Construct at a young age. Brainwashed and forced to kill for them, she escaped at her first possible chance. She enjoys her quiet life on the planet she found sanctuary on, but the Construct isn’t going to be so easily avoided.

Jass is the Construct’s greatest weapon. Possessing powers that not even his superiors are aware of, he is used to getting what he wants, by any means necessary. He has realized his connection to Reza when she worked for the Construct, and when she escaped, he vowed that he would someday get her back.

This book was a suspenseful and sexy, slow burn romance in the Sci-Fi genre.

I would like to note that this book is written under the pen name Frankie Rose who is also the writer Callie Hart. The name Frankie Campbell was to be the original pen name, but Callie ran into problems publishing under it!