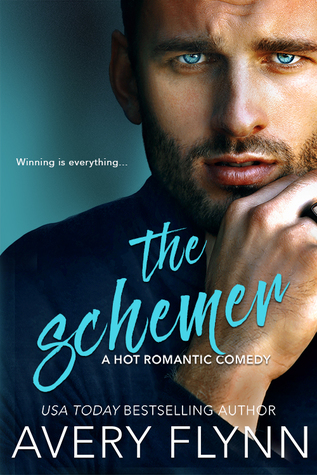 Tyler Jacobson has never hatched a scheme that failed him. From the moment he was old enough to take control of his own life, his sole focus has been on his success and leaving his less than stellar roots behind him.

When Everly Ribinski moves into his building, she is the complete opposite of the type of woman he envisions himself with. She could care less about what he thinks of her, but for some reason these two can’t get enough of antagonizing each other.

When mutual animosity leads to sizzling sexual tension, Tyler and Everly are in for one wild ride.

This was a fun read! I loved Tyler and Everly and their initial banter and dislike for one another.

Tyler has reinvented himself from the way he was raised and where he grew up. Being a part of the Harbor City elite is his main focus, and he sometimes takes that idea a little too far.

Everly is proud of where she came from and who she is. And she isn’t changing herself for anyone. Wary of men in high places and the way they treat others, she has no problem seeing Tyler for what he is.

Somewhere along the way, these two fall for each other, despite neither of them wanting more than just a fun and uncomplicated fling. But what happens when the schemer realizes that where the scheme ends, is his life really just one big illusion…