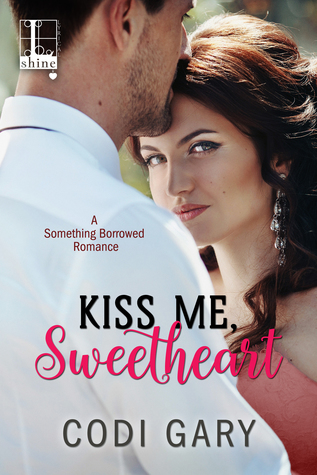 Rylie Templeton loves her job at Something Borrowed. From planning the fabulous weddings to actually being a part of the wedding party. The one aspect of her job she doesn’t love? Her obnoxious playboy coworker, Dustin.

Dustin Kent loves pushing Rylie’s buttons. Sure he doesn’t NEED to work, but he has his reasons for being at Something Borrowed, and keeping quiet about them is just another thing that annoys Riley… so bonus!

Rylie and Dustin are destined to have a strained working relationship… until Dustin steps in when Rylie needs him most, and these two work acquaintances may turn into something… more?

This was a really good read! Book #2 in the Something Borrowed series continues with the story of two people who couldn’t be more opposite, continually rub each other the wrong way, and are perfect for each other…

Rylie has formed her opinion about Dustin and not a lot will make her feel differently about him. Even when he saves her from a bad situation, she decides to keep him at arms length as much as she can.

Dustin has never pretended that he was anything more than his playboy bachelor persona suggests. Suffering through a bad childhood, he decided early on that serious relationships just weren’t for him.

Despite their differences, now that Rylie and Dustin are spending more time together, their once strained relationship starts budding into an actual… friendship? When Dustin’s penchant for flirting and Rylie’s newly single status leads them to one night of no strings sex, will their tentative friendship be able to survive?