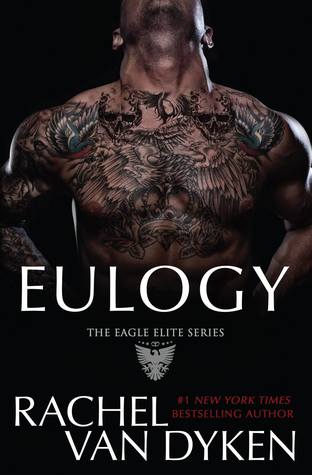 Chase Abandonato is a shell of the man he once was. He gave his heart and soul to the person he believed would stand by him through everything. And she betrayed him. Now his only focus is ridding the world of every last De Lange in existence.

Luciana Smith is offered a job she can’t refuse. Thrown in to the world of the mafia with no clarification as to who she is dealing with, she is given an immediate lesson in the dangers of associating with the Cosa Nostra. But, the biggest danger she may face is her new roommate…

You. must. read. this. book. I was completely gutted after the continuation of Chase’s story in Enrage. Eulogy has picked my jaw up off the floor as it has forged a new path for the five families… leaving a dark trail of blood in it’s wake…

Chase has never truly had someone who wanted him for him. Rejected again and again for what he truly wants, he is finished with asking permission for the retribution he is owed. The last thing he needs is a woman in his home cowering at the reality of the life he was born into.

Luciana is the personification of innocence that Chase’s life has never afforded him. For someone who is severely petrified of the life and the job she finds herself in, she also has the backbone and the wherewithal to hopefully survive it all.

This book was a dark and churning story of the ultimate betrayal and a new beginning that comes out of nowhere.. if only Chase can find the desire to climb out of his dark pit of hatred long enough to recognize it…

Start the Series with Book One!