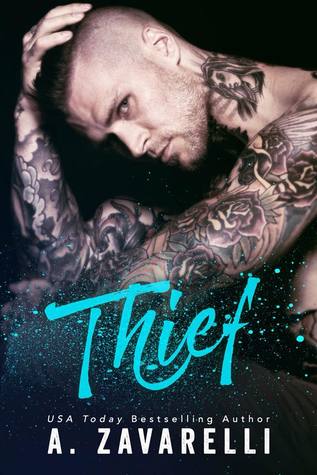 “I am a thief at heart. Art being my specialty, I steal it, and I create it, and sometimes, I even destroy it.”

Tanaka Valentini has lived her entire life doing as she is told and preparing to be the wife of one of her fathers associates. Her only escape is dance, and she throws herself into it with her entire heart and soul.

Nikolai Kozlov is looking for revenge… so when the opportunity for him to… acquire…  Tanaka presents itself, he takes it. With Tanaka living under his roof, Nikolai’s focus begins to shatter the strict control she has over herself. And with each passing day Nikolai must work to prevent himself from taking what he truly wants…

Dark and sexy, the worlds of the Italian and Russian mafia are about to collide… and one innocent dancer is going to get caught in the explosion…

Nikolai doesn’t show any emotions in the face of Tanaka’s captivity and her plight of being at the mercy of the dangerous men in her life. He only wants her to suffer, so that her father will suffer as a result. But his plan gets shaky when he can’t stop thinking about her and caring about her health and mental anguish.

Tanaka is inexplicably drawn to the monster who holds her captive. Unable to escape in dance like she has in the past, she is forced to face her life so far and her dismal future that is no longer laid out in front of her.

When Russian mafiya politics threaten to come down on their heads, Nikolai and Tanaka’s desire for each other is about to threaten everything…

This was such a good book! Nikolai was dangerous and sexy. He was dirty and demanding in his sexual advances on Tanaka… and let me tell you, it all worked fantastically and was incredibly HOT.

Tanaka was a very damaged person whose upbringing has made her very wary of the powerful men she is continuously subjected to. But she houses a fire within her that keeps her fighting her reality at the hands of Nikolai.