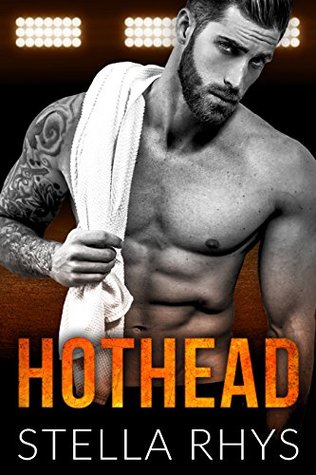 Evie Larsen is still trying to pick up the shattered pieces of her heart from when her fiancé broke up with her out of nowhere… the night before they were to move to a new apartment in the city together.

Baseball player Drew Maddox’s playboy reputation is starting to catch up to him. And with the rumors of a possible trade he is advised to do something drastic to change his image… like acquiring a live-in fiancee.

Butting heads from the first moment they meet, Evie and Drew don’t agree on much, except that their crazy plan is a solid one that will benefit them both. Oh, and that although they have a undeniable attraction, it would be a very bad idea to ever act on it…

This was a fantastic read!!! With the perfect combination of angst, sexy times and the never-ending drama associated with professional baseball, this book has it all!!

Evie was completely heart broken when the man she has been with since… forever… informs her that he wants a break, indefinitely. Not only is she not able to afford a place by herself in the city, but she has to commute four hours daily for her job as a result. When Drew, the man who infuriates her as much as he gets her all hot and bothered, offers her a place to stay, she SHOULD totally refuse…

Drew is the type of man who turns heads. He is cocky, infuraiting and refers to himself in the third person. He is also very upfront about never wanting a long term relationship. Agreeing that it’s best if they keep their relationship strictly platonic, Evie and Drew resolve to one rule, no touching. Easier said then done when they just can’t seem to keep their hands off of each other.

When their palpable sexual tension finally spills over, Drew and Evie’s hot and spicy sex life is out of this world. But, in a world of gold diggers and users, will they ever be able to trust that what they have, what they could build together will ever be real…