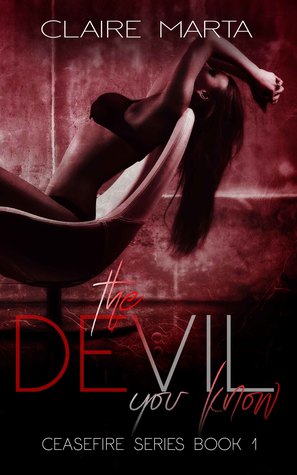 Mavi StClair is an assassin who works for the “good guys.” Ridding the world of one disgusting being at a time, she can only hope she is making some kind of progress to make the world a better place.

And then she meets Max Reed. He is an enigma in her already confusing world, but she can’t keep herself from being drawn to him.

Something big is happening, and her entire world is being flipped on it’s axis. The things she thought she knew and the people she thought she could trust, are all in for a rude awakening when this assassin decides it’s time to take matters into her own blood stained hands…

Mavi tries to keep herself distanced from just about everyone. She enjoys her “work” and her team she has had by her side. She isn’t interested in more than a one night stand, and  has a rule against repeats. Until Max Reed.

Ok, I don’t do spoilers. So this review is going to be super short and a little vague from here on out…

With a paranormal world that sucks you in and won’t let you go, this book was written so incredibly well. Mavi and all of the characters are phenomenally layered and multi-faceted, and you will not see where this story is headed. The sex in this book is HOT, definitely an erotica with a whole lot of dirty and frequent sexual encounters.

Violence, sex, dark themes and… a cliffhanger to end all cliffhangers. You must read this book.