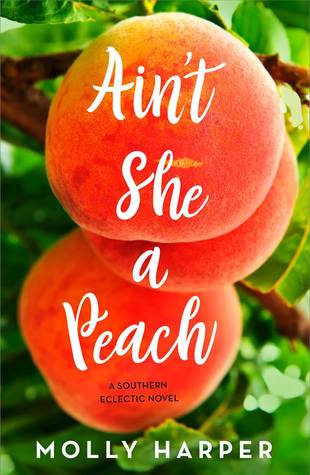 Frankie McCready loves her life in small town Lake Sackett, Georgia. With her entire family close by and a career she thrives in, she has everything she needs… well, except for the occasional male companionship. Until a former fling moves to her quiet town, and the one night stand she thought she would never see again is suddenly showing up in her life everywhere.

Sheriff Eric Linden moved to Lake Sackett after leaving a job in Atlanta. To say that he needed a change of pace is an understatement, and the small town of Lake Sackett is definitely different than anywhere he has ever lived. And then there’s Frankie, after waking up alone when they shared a unbelievable night together, Eric wants to steer clear of any involvement with someone who didn’t want to stick around once already.

But, small town life and overlapping careers ensure that these two spend a lot of time together, and eventually their sexual tension will only have one inevitable outcome…

This was such a good book. I love all the antics of the McCready family and life in Lake Sackett. With each quirky character better than the last, the books in the Southern Eclectic series make for an always entertaining read.

Frankie works for her family business as the town mortician and county coroner. Delightfully quirky and loyal, she loves her family and job, and would do anything to protect them. In her late 20’s she is overly babied by her parents and is looking for a gentle way to move out and take charge of her own life.

Eric is the interim sheriff who left his job in Atlanta in a circumstance that has been kept very hush hush, which is unheard of in a town like Lake Sackett. Serious about his job and working to find his place in town, his last concern should be Frankie, but he just can’t turn off his attraction to her.

With small town politics and a teenager dead set on wreaking havoc at the funeral home, life is never quiet for Frankie and Eric… and they wouldn’t have it any other way…

This was such a good read. First of all I LOVED Eric, he was definitely a little damaged, and although we don’t get his POV in this book, you can see his dedication and how much he wants Frankie in his life. I liked Frankie a lot, with her out-there personality and her love for her family, if she hadn’t been so immature at times, I think I could have loved her as much as I did Eric.

While I enjoyed this storyline and the plot, for me there was simply not enough focus on the romance between Eric and Frankie. Their relationship always took a back burner to the McCready antics, and I feel like I was missing so much by not getting more from the development of the romance between them.