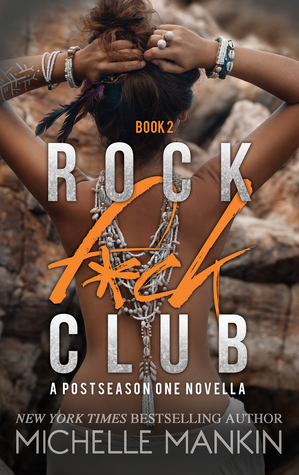 After the filming of season 1 of Rock F*ck Club, Raven Winters has found herself in a very different reality than when she started her journey of discovery. In love with the one and only, Lucky Spencer and traveling with him and his band who have become a second family to her, everything in her life is almost… perfect.

But, with the future of the production of RFC in the balance, Raven may not be done fighting for what she believes in…

I enjoyed this novella, which brings us to what happens after Raven’s initial wrap up of the first season of RFC. With her continued relationship with Lucky and the growing pains involved in being with a rock star, Raven also has her own impending celebrity that she is going to have to become accustomed to and learn how to navigate when the highly anticipated season is released.

Tying up loose ends and the big reveal of what is next for the RFC, this novella was the bridge this series needs to set up the next book. While I felt it was helpful for the continuation of the series, I was not very engaged with this story as I had been with book #1 in the series.

Start the Series at the Beginning…