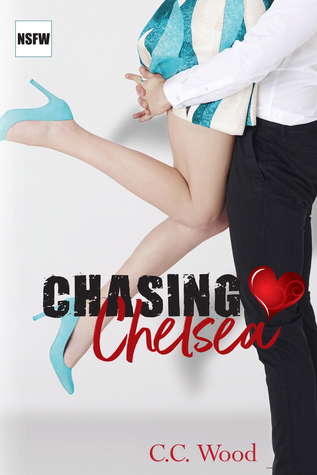 Chelsea Archer has always been annoyed by the very presence of Landen Weber. The man loves to argue with her and keep her on her toes. But, the worst part may be that she can’t stop thinking about him in a very… unprofessional manner. Luckily for her, she only ever has to seem him during the safety of work hours…

Landen isn’t the man that Chelsea thinks he is, and he will prove it to her… but first he has to get her to agree to letting him give her the chase that she has always wanted…

This book was the fourth story in the highly entertaining NSFW series, which highlights a group of fabulous friends and their path to finding love. In this story we have Chelsea and Landen, and their bickering turned full blown relationship…

Chelsea is an intelligent woman who knows her worth and isn’t afraid to ask for nothing less than she deserves. Her attraction to Landen is something she would never act on, because he is a client from her office, and secondly… he is a total jerk.

Landen has wanted Chelsea for a very long time, but the opportunity to approach her has never presented itself. When they are paired together in a wedding party, Landen isn’t above using the opportunity to introduce Chelsea to what type of man he truly is behind his cocky exterior.

This book was sexy and a genuine study in the intricacies of maneuvering a relationship in the real world. Chelsea and Landen’s characters were lovable and fit in perfectly with the previous couples from the series. And, while I enjoyed this book, after awhile I felt like the story kept going in the same repetitive relationship loop, which ultimately had me losing the momentum and flow present in the beginning of the story.