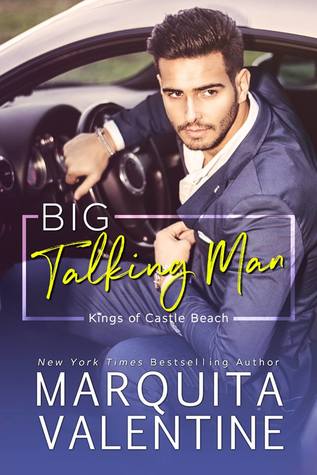 After the loss of her brother, Quinn King needed the support of her husband more than anything. And when he decided to leave town and return to life in Hollywood, Tate made an unforgivable mistake…

Tate Prescott is a movie star who is secretly married to Quinn King. Keeping their marriage a secret was meant to protect Quinn, but in the end all it accomplished was to drive them apart. Now that he’s returned to Castle Beach, his plan is to win Quinn back and give her everything their relationship has always deserved, and prove to her that she can trust him once and for all…

I really enjoyed the plot of this book. I felt a little lost with some of the characters as this is book two in the Kings of Castle Beach series, and I would suggest reading book one first so you will experience the entire scope of this story…

When Tate has to return back to work in the wake of Quinn losing her brother, she freaks out on him and decides that his leaving means that he is walking out on their marriage. Needing him to be there for her at her most desperate time, she can’t handle the fact that he doesn’t stick around.

I really wanted to like Quinn, she was an amazing help to her family, always lending a shoulder to cry or pitching in when people needed her. But, she drove me completely nuts when it came to Tate. Yes, he made a bad decision to leave when he did, but even after she has “forgiven” him, she still goes out of her way to stomp on his heart when she gets a little emotional.

Tate seemed like a pretty amazing guy. He seems to really love his hometown and the King family, and hasn’t let Hollywood change him. Also, he put up with Quinn a lot more than I would have. His only goal is to repair his marriage and make Quinn happy, and he sticks with her through thick and thin, and forgives a whole lot easier than she does.

This book was a good read, well written and entertaining. While I didn’t love Quinn, I enjoyed the story as a whole and would love to see more from this series.