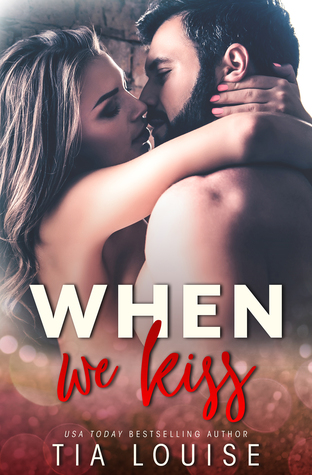 Tabitha Green has been labeled small town Oceanside’s local bad girl and resident Jezebel. Sure, she might be a little impulsive, but she takes care of herself and lives a good life, no matter what the older busybodies in town say. But, even with her life on track, there is something about the local sheriff that makes her want to put as much distance between them as possible…

Chad Tucker enjoys small town life and the quiet that accompanies it, except for when it comes to Tabby. She’s a rule breaker, and he knows firsthand what happens when people run around wild.

Opposites in just about every way, Tabby and Chad can agree on one thing, their sex is out of this world, and they just can’t seem to get enough of each other….

I loved this book so much! Tabby and Chad were such authentic characters with their own set of hang-ups that initially keeps them from pursuing each other. But, when they finally give in, their connection quickly turns into something they can’t imagine living without.

Tabby is used to being judged for who her mother is and for not being the perfect niece of the local church pastor who raised her. She may like to have fun and be a little wild, but Tabby has a dream of working for herself and traveling someday, and she is focused on achieving her goals. She is also avoiding the entanglements of men and the heartache the leave in their wake.

Chad grew up in almost a completely opposite way of the life he is choosing to live now. Having no desire to be the man his parents want him to be, he enjoys life as the sheriff in small town Oceanside. The moment he met Tabby he knew she was the type of woman he should avoid, but there is something about her that he just can’t resist forever…

This was such a fantastic read! The storyline and plot were entertaining from beginning to end. I loved all of the characters, from the small town crazies to Tabby and Chad, this book was a delightful read. And while Tabby and Chad had a whole lot of steaming hot sex, the story didn’t revolve around the sex alone, and as a result their relationship was believable and yes, completely hot, hot, hot.