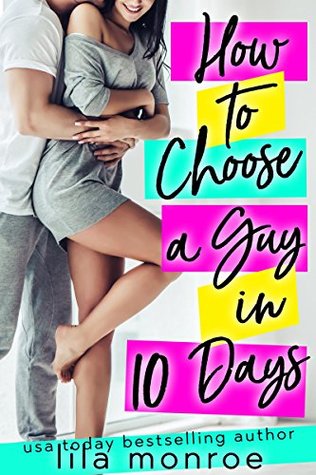 Gemma Jones is up for a promotion at work, but she has to battle her conniving co-worker to get it. After agreeing to makeover a man of each others choosing to determine who will win, Gemma finds out her new client is none other than her surly next door neighbor, aka Bigfoot.

Zach Morrison is spending some time recovering from a bad break up… hooking up with multiple women, playing video games, basically anything but working. And while he enjoys riling up his uptight neighbor, he also wants nothing to do with her proposed project… at first.

Gemma is great at her job and when Zach starts making changes, they actually start to make him happier, including getting much closer with his new stylist…

This was a fun read! With a delightful push and pull between Gemma and Zach, these two opposites find themselves having more in common than they ever thought possible, and their red hot attraction doesn’t hurt either…

Gemma is a stylist who loves making a real difference in peoples lives. Her hilarious aversion to Zach is only amplified when she finds herself having to convince him to work with her. But, it doesn’t take him long to realize that she really has his best interests at heart.

Zach has been admittedly festering a little since his ex left him. Enjoying time with a never ending stream of women and living in his messy bachelor pad of an apartment just isn’t working for him anymore. While hesitant at first to let Gemma make him over, once he starts to see the difference she is making, he has to reluctantly agree that he needed a little help.

From enemy, to client, to… boyfriend… Gemma and Zach discover many surprises about each other, but when their growing relationship is put to the test, will these two opposites find a way to something more…

This was a entertaining read! I loved Gemma and Zach, with their fun antagonistic beginning turning into a great relationship, and their deeper issues fueled an interesting plot. As always, sexy, fun and a light and easy rom com from Lila Monroe.