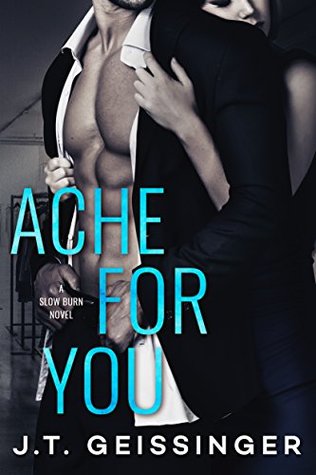 Kimber DiSanto’s life is falling apart before her eyes. From being left at the altar one moment, to losing her father the next, life has been hurling the insults at her left and right… and she is over it.

And then there’s Matteo Moretti, the irresistible Italian who keeps showing up where she least expects him. Sure, he may be sexy AF, but Kimber has already learned her lesson about men who seem too good to be true…

Read. This. Book! From the genuinely hilarious banter, to the scorching sexual tension, this story had me entranced from beginning to end…

When Kimber gets word of her father’s illness, she jumps on a plane to reach him in Italy as quickly as she can. With one surprise after the next, Kimber’s once fairytale existence has crumbled, and she is left to start over with the leftover pieces. She decides along the way to rebuild her fathers business, and to do it using her own clothing designs. To succeed where he once scraped by, is something that is suddenly more important to her than anything. And with the playboy Matteo working his way under her skin, she finds herself having to guard her heart as well as her business…

Matteo is the kind of man who makes you need to fan yourself in his presence. Deliciously intriguing, and a master at pushing Kimber’s buttons, he was the perfect adversary mixed with the completely right man that Kimber needs.

Kimber was such a hysterical, take no BS, woman. With her life in disarray and so many new hurdles and unknown relationships being thrown at her, she is decidedly guarded with whom she gives her trust to. And after judging Matteo from the first minute she met him, he is in for an incredibly difficult time of convincing her that she should give him a chance…

I just can’t get over how much I loved this story! With the Cinderella undertone that doesn’t try too hard to conform, to the incredibly entertaining confrontational relationship between Kimber and Matteo. This book features the slowest of slow burns imaginable, but with some scorching encounters in there to keep you sustained throughout.