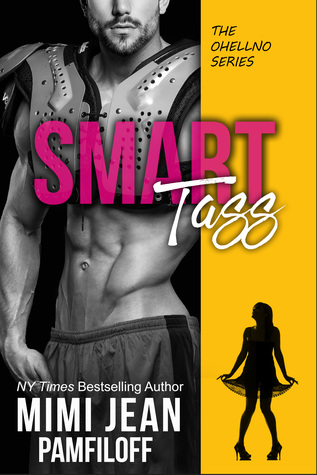 Tassie has been living with the torture of a having a jock as her next door neighbor for her entire life, and college is finally her chance to escape his ridicule once and for all… until it isn’t. Hunter Johnson loves to make Tass’ life hell, and when his antics jeopardize her chance at getting into her smart girl sorority, she is ready to finally turn the tables on him and show him what it’s like to be constantly picked on.

This was a super entertaining read! I absolutely loved Tass’ ability to form a comeback for anything Hunter throws at her. And when her plan to make him pay takes a new and interesting turn, Tass and Hunter are in for a wild ride that was so much fun to read.

Tass loves the fact that she is a smart girl, who leans toward the side of nerd. While she is hoping to make her parents proud while she is away at college, she finds a very big wrench thrown into her plans. The one and only Hunter Johnson. With a plan in place to use his own tortuous teasing against him, she soon finds out that not everything about her past with Hunter is how she remembers it…

Hunter may be a popular football player, but he is far from a dumb jock. With extenuating circumstances fueling his own need to join a fraternity, when he finds out about Tass’ plan, he decides to use it for both of their benefits. But when the truth of their mutual animosity comes to light, will the past be something that they can both move on from, or have the years of fighting and mistrust finally taken their toll…