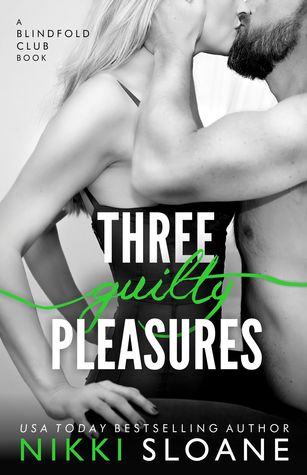 When Tara Vannett falls into the arms of a gorgeous cello player, their meeting is one they will never forget. He inspires her and she is desperately attracted to him, but when she eventually tells him about her hidden lifestyle, she fully expects he will run as far away from her as he can…

Grant Kruger never wanted to be what his parents wanted. With his job with a local morning show, his love for the game of rugby and his talent on the cello, he is so much more than what he came from. Meeting Tara is like something out of a dream, but when he learns of just how complicated a relationship with her would be, will he decide she is worth dealing with all the effort and rules of her unique world…

Tara loves working at the Blindfold Club. Dirty sex with the wealthy Chicago elite has always given her thrills, but when she meets Grant everything she has come to enjoy about her chosen lifestyle starts to seem a little more empty than she realized before. Adding to her desire to achieve her dreams of making something of a career in ballet, she is at the precipice of auditioning for a reality tv show focused on dancing, and meeting Grant might just finally be all the inspiration she needs.

Grant is instantly drawn to Tara and wants to pursue a relationship with her. When she comes clean about her relationship status it does nothing to deter his interest. But Tara has a bigger secret she is keeping from him, and their complicated connection has quite a few obstacles standing in their way.

I really enjoyed this book. It was incredibly steamy and included quite a lot of erotica elements. With non-traditional relationships, MMF and all the usual Blindfold Club antics there was never a dull moment in Tara and Grant’s story.