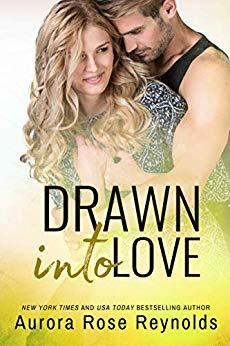 In the aftermath of her broken marriage, Courtney Williams decides for a completely fresh start. Moving to NYC and using her substantial divorce settlement to renovate the home of her dreams, she is slowly moving on from her heartbreak. And then she meets her architect and the sexiest single dad in the city…

Lucas Fremont would do anything for his daughter. With his ex out of the picture and his full time parent status, he doesn’t have a lot of time for dating or a social life. But, the second he meets Courtney, he immediately knows that pursuing her is something he has to do. And when she instantly wins over his young daughter, he decides he is never letting her go…

Drawn Into Love was a sweet, slow burn romance featuring two people risking their hearts at a second chance of finding the love of their lives.

Courtney was devastated when her marriage ended, but with her move to NYC she has embraced her new single status. Not looking for a new relationship, when she meets Lucas, she immediately knows he is a special, genuine man.

Lucas knew his ex wasn’t the woman for him, but when she became pregnant he decided being with her was worth having a stable family life for his daughter. Until she proved that she wasn’t the type of woman who sticks around and left them for greener pastures. Meeting someone like Courtney, whose love shines through everything life throws at her shows him that she is the kind of woman he is meant to be with, for him and his daughter.

I enjoyed this book. With an entertaining plot and two charming characters who find the person that fulfills them, and the obstacles they face on their road to their HEA.