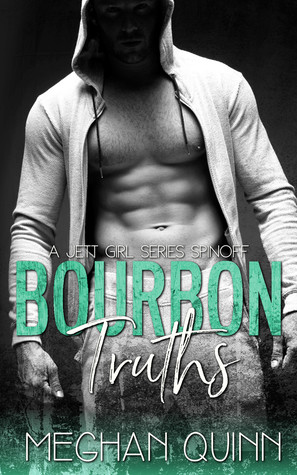 No one loves to torture Kace Haywood more than Kace himself. With past mistakes that he has decided to never move on from, he torments himself daily reliving every wrong step he has ever made. Feeling as though he is underserving of the love of a woman like Lyla, but unable to resist her, he moves from his absolute need to be with her to continuously pushing her away…

After really enjoying the beginning of the Bourbon series, I could not wait to finally read Kace’s story. He is tormented in his memories and hell bent on doing everything possible to live his life without experiencing any joy, but if his friends have anything to do with it, Kace will not be struggling through his journey alone…

Kace’s self absorption with punishing himself tended to get really old at times. With the only growth in his character happening at the very end of the book, I was left pretty uninterested in learning more about his personality when he refused to be anything more than a shell of a man.

Lyla seems like a genuine and loyal woman, but she was sorely underrepresented without any of the story focused on her POV. Although she was always there for Kace when he needed her (usually just for sex though), I really wanted her to stand up to him and stop taking his inadequate scraps. From a character I initially really liked, by the end I had very little respect for her.

While I loved the premise for this story, I was sadly unable to connect with the characters. I felt that the omission of Lyla’s POV made the storyline very one dimensional and it lacked the warmth of what Lyla’s character could provide. I always love the writing of Meghan Quinn, and this story was great in theory, but in the end I felt it needed a whole lot more depth to bring the entire concept to where it needed to be.

Or Read for Free with Kindle Unlimited!