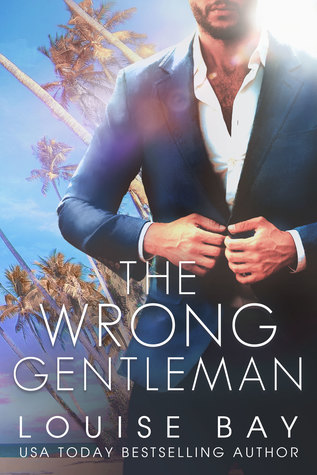 After the extremely lucrative sale of his security business, Landon Wolf finds himself with some much needed time off… which lasts all of about half of a day. Tapped to provide surveillance on a luxury yacht, he agrees to go undercover for the season. With his next few months working stretched out before him, Landon sets his sights on a gorgeous blonde for his last night on land…

Skylar Anderson has worked her way up in the yachting business to being head steward, and her latest assignment is hopefully another stepping stone to great things. For her, financial comfort and her continued independence are the most important goals she can achieve. Very rarely does she let herself get close to a man… even one as irresistible as Landon…

The Wrong Gentleman features two resolutely single people who have a scorching one night stand, followed by a quick good-bye… only to find out that they will be working together as the crew on a luxury yacht. After the night that neither of them could ever forget, Skylar and Landon work hard to keep things professional… and their hands to themselves…

Skylar has a deep pain from her past that keeps her from wanting to give herself to any man. Content with working hard for a large return, her steward position provides everything she needs to be comfortable in life. With the goal of a long term contract in her sights, she has even less of an interest in anything that would derail her career. So when she can’t seem to keep herself from wanting Landon, Skylar starts to realize that he may finally be someone she can open up to and trust like no one she ever has before.

Landon is no stranger to the type of job he is performing surveillance for. With the possibility of a dangerous situation with the owner of the yacht, Landon is doing everything he can to protect the staff, and one head steward in particular. Skylar is a woman he can’t get enough of, her intelligence and seamless professionalism in her work pale in comparison to the woman he can see behind the high maintenance excuse she leads everyone to believe about her.

The plot of this book was fantastic, with the underlying threat that Landon is on board the boat to monitor, and the burgeoning relationship between him and Skylar, there were plenty of opportunities for some exciting action scenes. But, for me the exploits and details seemed to fall a little short. I loved Landon and Skylar’s characters and the issues they needed to overcome, but then I was left feeling like their actual relationship progression did little to keep me invested.