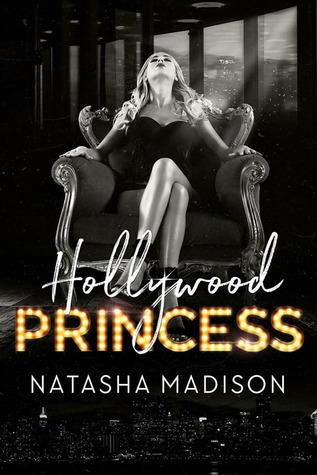 Kellie Hudson is Hollywood musician royalty wrapped up in the package of an easy-going country girl. With an upcoming 90 day tour which promises to be filled with all the stress and glitz she can handle, the last thing Kellie needs is any unwanted complications… and then her tour security shows up…

Brian has provided security for Kellie before. When his duties of escorting her to and from her boyfriend’s house changed into Kellie showing interest in Brian, they parted on not-so-good terms. Now Kellie may be in danger, and Brian trusts only himself to take on the job of protecting her from any and all possible threats.

Hollywood Princess was a slow burn story of life on the road between a music superstar and the man who has vowed to protect her. A love that is built on the instability of the world of superstardom, Kellie and Brian’s love story is as complicated as it is meant to be…

Kellie is not only a down-to-earth star, but she is also still the girl who enjoys the simpler things in life. Falling into a career she loves, she still longs for the normalcy of her old life and hopes to someday be a wife and mother. After her gigantic crush on Brian crashed and burned, Kellie was fully prepared to never have to see him again. But, with the discovery of a stalker in the midst of her upcoming tour, Kellie’s team isn’t taking any chances, so they hire the best security team there is.

Brian thinks Kellie is a pampered and spoiled musician. After his time spent serving in the military, his desire for frivolity has never been more insignificant. But, spending every waking moment with a talented and dedicated woman like Kellie has shown him that his first impression was way off. But while he may be coming to terms with his need to be with her, Brian won’t let anything distract him from doing the job he is there to do.

I really liked both Kellie and Brian, and how they were portrayed as genuine and honest people in the always crazy world of celebrity interactions. Brian’s attempt to stay professional and focused leads them both on a slow burn relationship that ends up driving Kellie just a little bit insane.

I really enjoyed the premise of this book, it had so many great elements going for it that I was expecting the rest of the story to be completely fantastic, but it definitely fell a little short of that for me. With an underlying threat to Kellie that is there throughout the book, I was very disappointed with how much focus this story had on the numerous showers, food consumption, tv shows watched and clothing changes. I would have enjoyed some of the more exciting elements of their life on the road during a tour, and more focus on Kellie and Brian’s relationship itself.