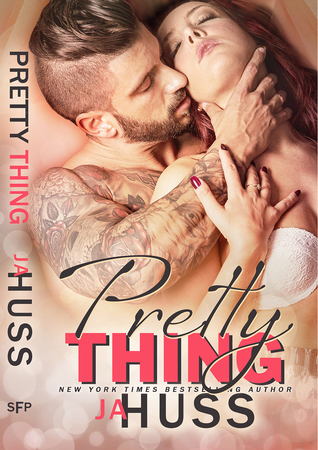 With the sudden death of his best friend and business partner, Aiden Edwards is left feeling lost without the man who was like a brother to him. Growing up with Kyle and Kali Anderson, the three of them were inseparable, and now that the biggest part of them is gone, there are only the two of them left to pick up the pieces of what they once shared…

Kali Anderson didn’t just lose a brother, she lost the other half of her soul. At the funeral, being around Aiden again helps to soothe her and brings back memories of the great times they all shared growing up… but there was also something else that Aiden and Kali used to share that her twin did NOT approve of…

Pretty Thing was an emotionally charged read that brought together two people who have resisted the love they have for each other for far too long. With the missing piece of their existence gone forever, all of the reasons that Aiden and Kali can’t be together suddenly don’t seem all that important anymore…

Growing up as a twin was equal parts amazing and stifling for Kali. In the past few years she has moved away from her hometown and made a life for herself, away from her twin and the identity she feels she has to maintain as one half of the Anderson siblings. It isn’t until his death that Kali realizes how much she regrets leaving and the time she wasted away from the people she loves.

Aiden has been hiding the feelings that he has for Kali since he was a teenager. After his BFF made it abundantly clear that Kali was strictly off limits, Aiden has done his best to avoid getting involved with Kali… which was never too hard considering her long absence from his life. And now that Kyle has left them both, they still may want to honor his memory, but they are also insurmountably angry at him for dying. And when the long overdue attraction that they have ignored over the years burns even brighter than ever, their recent loss makes them far less likely to care about Kyle would have wanted.

This was a fantastic read. With the grief of losing a loved one so different for so many people, I really enjoyed Kali and Aiden’s sexy AF approach to attempting to move on within their sadness. With a super clever twist to Kyle’s time after he dies, the relationship between Kali and Aiden is a messy one, but so very worth it.