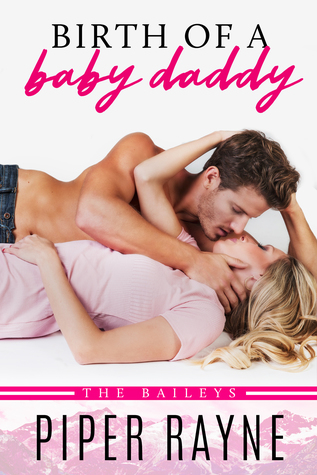 Traveling to Lake Starlight, Alaska to find the father of her child isn’t Harley’s happiest moment, but she would do anything and everything for the sake of her daughter. Only, when she finds the Bailey brother in question… there isn’t just one of him, there’s two… and neither of them seem to remember the night they shared together…

But when the mysterious Bailey twin realizes that HE IS the baby daddy, he makes it very clear that he isn’t willing to miss any more of his young daughters life…

Birth of a Baby Daddy was such a delightful and entertaining read! Harley and her very own Bailey brother have a lot of work to do to figure out their new normal as co-parents… as well as get to know each other for more than the one night stand that they shared..

When Harley found out she was pregnant with Calista she knew she was going to be raising her baby on her own… especially since after their one night stand he left her with no way to contact him. But, when his face and a viral story about him hits the national news, Harley suddenly has all the info she needs to track down the father of her baby…

So which Bailey is the baby daddy?! Well, I’m not going to ruin the surprise, but I love his and Harley’s story, and their not-so-streamlined route to their HEA. Their relationship may be fueled by the mutual love that they have for their daughter, but the attraction they have that lingers from their night together has never really gone away.

With the always entertaining Bailey family doing what they do best (meddling) this book is another must read story in the endearing series all about The Baileys.

Read More of The Baileys Series!!