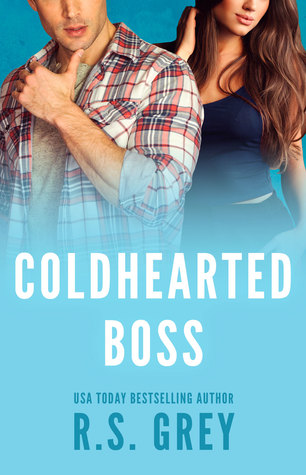 Taylor Larson is exhausted from working a dead end job that does little to cover her bills. And when the answer to all of her problems moves into town in the form of Lockwood Construction, she is ready to do almost anything to land one of their coveted jobs. Calling for able bodied “men”, Taylor sets out on disguising herself to get hired… and runs into a hook-up-gone-wrong in the process… who just so happens to be her brand new boss.

Ethan Stone couldn’t get Taylor out of his head before she showed up at his job site, and now that she works for him, he has plans for some much needed revenge in mind. But, one thing he failed to consider was just how much Taylor needs this job… and the treatment she is willing to endure for it’s nice, solid paycheck…

Coldhearted Boss is slow burn romantic comedy at it’s finest!! Taylor and Ethan love to butt heads, but when their friction gets the best of them, it’s every man (or woman) for themselves. This story is filled with delightful banter, interesting (and stubborn) characters and an engaging plot that resulted in me sporting a perma-grin throughout!

Taylor’s financial situation has been getting the best of her, and when she is presented with a golden opportunity for some easy money, she wants so badly to take it, but she also fears she is crossing a moral line in the process. Fast forward to landing a job at Lockwood Construction and that so-called opportunity is now sneering at her from behind her new boss’s desk.

Ethan can’t believe that he now not only knows the identity of his mystery woman, but that he also has the perfect chance for a little payback. But, somewhere in the process of his war with Taylor, he starts to realize that there is something so much more to her than their original meeting led him to believe…

Despite Taylor’s bad first impression with Ethan, she was truly a strong, hardworking and honest woman, who was trying her hardest to keep her family afloat. And even though he tries his hardest to be a total jerk, Taylor finds herself fighting against her all-consuming attraction to Ethan, and decides to work on a little punishment of her own in the process.

Ethan is a genuinely nice guy who just can’t let go of the incident he had with Taylor. I loved that even in his lingering anger towards her, he still can’t force himself to stop noticing every little thing about her. He was generous and sweet, and eventually, the first to admit that Taylor is not the person he has labeled her to be.

Coldhearted Boss was another hilarious and remarkable read from the incomparable author R.S. Grey!! Sloooooowwww burn goodness, romcom perfection and fabulously entertaining, you need this book!!