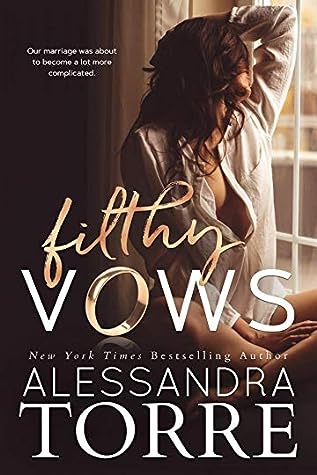 When Elle meets Easton North she recognizes a man who could completely ruin her, and he does… in the most delicious of ways. Fast forward to the end of college, careers and their carefree lifestyles, and Elle and Easton love each other more than ever. But, Elle has been keeping a very big secret from her husband… and now that he knows everything, Easton is ready to explore some surprises of his own…

Filthy Vows was a scorching, fantasy inducing story about a married couple whose sex life is anything but mundane… and it’s about to get a whole lot steamier. Elle and Easton have loved each other through thick and thin, and when Elle shares a little too much about her daydreams, their relationship may never be the same again…

Elle has been having some explicit sexual fantasies so frequently, that even she is getting a little uncomfortable with them. Not only is she unable to stop thinking about sexual encounters outside of her marriage, but when she shares them with her husband, he reacts in a way she never imagined he would.

This was such a sexy and unique read! Easton was just about the hottest and most understanding husband out there. He not only deeply cared for Elle, but he also wanted to give her everything she could possibly desire… including her fantasies about other men. Elle was a woman who knew what she wanted, and even with her trepidation at spilling her big secret to Easton, she knew he would stand by her no matter what he thought about her desires.

I loved this couple so much, and I want so much more to happen for them and their sweet and ultra-sexy marriage. From their life struggles to the devotion they have for each other, there was never a dull “married life” moment for these two. This book is a complete standalone, but the author has recently announced to expect more from this fabulous couple to come!!