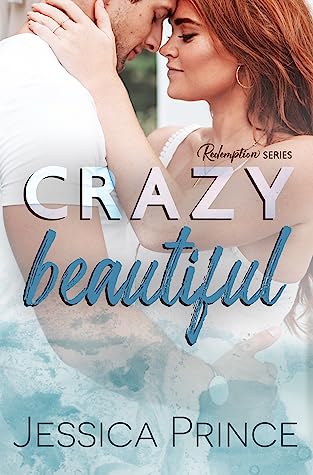 After ousting his despicable father as CEO of Hyland Steel, Jase Hyland is poised to the over the position himself… until the board steps in. Now Jase has been informed that he needs to marry to be taken seriously for the position… and there is only one woman who comes to mind…

Poppy Weston owns Redbud Inn which is in her beloved town of Redemption, Tennessee. And while the days are long and the work is hard, she wouldn’t trade anything for her mostly comfortable life. But when the gorgeous Jase proposes a mutually beneficial arrangement between him and Poppy, her quiet life may be poised to become something that she never dreamed she would find…

Crazy Beautiful was a sweet and engaging marriage of convenience story with a little bit of suspense thrown in. Poppy and Jase share an easy friendship, but when their relationship changes from friendly acquantices to married couple, practically overnight, the attraction that they have both been keeping to themselves is in danger of igniting before their very eyes…

Poppy was a sweet and hardworking woman who cares deeply for the people she loves. After a bad breakup, and being left on her own to run the inn, she has since vowed to be very independent with any relationship she may have. And then Jase happens, and every wall that Poppy has ever erected to protect herself starts crumbling down…

Jase was a man who has spent his adulthood dedicated to Hyland Steel and the myriad of tasks required to run it. With zero interest in finding love or a lasting relationship, when the ultimatum is declared, Jase immediately knows the only woman he could foresee sharing a marriage with. Poppy is fresh, honest and inherently good, and Jase is already more than ready to take the plunge and move to a city far away and to where he feels that he truly belongs.

This was a really good read! Both Poppy and Jase were interesting and genuine characters whom I had no problem rooting for from the very beginning. With a suspenseful twist that rocked the ending up to a crazy new level, this story kept me hooked from beginning to end… even through several chapters of some rather wishy washy feelings on Poppy and Jase’s part.

Crazy Beautiful was another solid read in the Redemption series, and of course, introduces us to the next must read couple who deserves to find the next HEA!