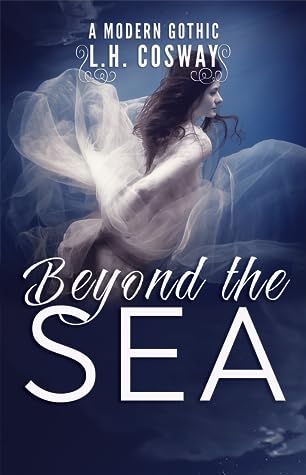 After the tragic loss of her adoring father, Estella Shannon’s life has become a living nightmare. Being treated poorly by her wicked stepmother is the least of her problems when it comes to life at Ard na Mara, for the house is filled with dark secrets and a haunting presence in it’s very walls. But when her stepmother’s mysterious brother, Noah Dylan returns home after years away, Estella’s bleak existence is in for an exciting and tumultuous upheaval…

Beyond the Sea was a haunting story of forbidden love and the fragility of the things we assume to be true, in our very existence. Estella is a young woman who has experienced some hard truths about life and the tribulations she must endure to keep a roof over her head. While at the mercy of her abhorrent stepmother, Estella is biding her time until she can escape the house which haunts her dreams. Until Noah arrives, and changes everything Estella thought she knew about herself and the environment around her…

Estella is a truly good and genuine person. With a pious outlook on life and her religion serving as a cornerstone of her identity, she endures many wrongs that most people would absolutely lose their minds over. With plans to finish out school and to finally move on with life on her own terms, things at Ard na Mara are about to take a turn, and the past will come back to haunt those still living in it’s shadow…

Noah is a bad boy with an air of mystery surrounding him, and while his motives for returning to town aren’t exactly clear, when he meets Estella, she serves as quite the distraction for any plans he may already have. He takes on the role as her protector and confidant, but the attraction simmering between them is going to prove to be their greatest test.

Estella and Noah were both vastly intriguing characters. Estella was the sweet girl who wanted to believe everyone was good and may have had a propensity to forgive way too easily, while Noah was dark and fascinating, and showed only a soft spot when it came to Estella, and his mess of a sister.

This was such a fantastic and unique read! The backdrop of Ard na Mara provides a dark and mystifying undertone to the enchanting plot. With a large focus on religion and the nuances of life, this book was also a weightier read when it came to it’s emotional and moral driven focus.