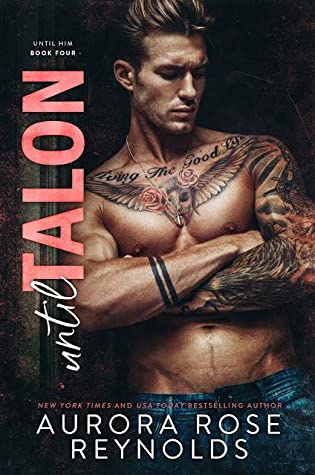 Moving to Tennessee was never on Mia Allenton’s radar. But her family means everything to her, so at the first sign of trouble, she immediately dropped everything to be there for her sister and her nieces when they needed her most. And while Tennessee may be growing on her, it isn’t until meeting the man of her dreams that Mia realizes just how much life in her new state has in store for her…

Talon Mayson takes one look at Mia and he knows she is the woman for him. With a familial tendency to instantly recognize your future, Talon never hesitates to pursue Mia. And even while she wavers in the instant love department, Talon will be there to show her just how dedicated he is.

Until Talon was a sweet and sexy instalove story featuring another lovable lead character from the Mayson family. Talon and Mia may connect quickly, but a relationship between them is far from easy when it comes to the drama surrounding their lives and those of the people they love.

Mia was a gorgeous and likable woman who works hard to help her family and acts selflessly for anyone she loves. She was guarded when it came to love and opening herself up to new connections. She also had quite the annoying reaction to alcohol, and I found myself extremely annoyed every time she took a drink and embarrassed herself. But, despite her faults, I found her endearing all the same.

Talon was a considerate and protective man who worked hard to prove to Mia that he would always be there for her. I loved his relationship with his family and the ways he showed his love for Mia.

I enjoyed this story. I was extremely sexy and an enjoyable read. And while the plot was good, the details of the story bordered on the boring side. I was not interested in the feeding of dogs or the making of breakfast, over and over again. I wanted action and more details about the Mia and Talon relationship. There was some mini-suspense added in, but in the end, I felt this story was missing a whole lot of action.

Read more from this series!

Read where it all began…