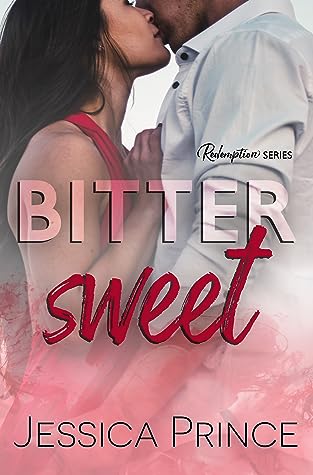 Shane Hendrix grew up knowing that every person she has ever loved will inevitably leave. That is, until she meets the boy who promises to give her everything she didn’t know her heart desired… only to break her worse than ever before.

Jensen Rose made the biggest mistake of his life when he left Shane and their unborn child to join the military. But now he is back in Redemption for good, and he has a new mission… win back his family.

Bittersweet was a second chance romance that was heartwarming, sweet and emotionally transformative. Shane and Jensen have always meant the world to each other, but after Jensen abandons his family, going back to the relationship they once had is virtually impossible. For the good of their son, Shane agrees to let her ex in, little by little, but promises to never again trust the man who once shredded the last remaining pieces of her heart.

Shane was already an emotionally guarded person after the lessons she continuously learned at a young age… everyone she loves leaves. Meeting Jensen, she learns to let go of her need to keep everyone at arms length, and  for awhile, their love is enough. But when Jensen commits the worst offense and vanishes from Shane’s life (while she’s PREGNANT!!), the walls she has perfected building go up stronger than ever before.

Jensen came from a privileged and exceedingly terrible family. Meeting Shane he realized immediately that she was the one for him, and he set out to convince her to give him a chance. Now, with his return to Redemption, Jensen has to work even harder to convince Shane to give him a second chance after the way he so callously left her.

I found this book an incredibly enjoyable and engaging read! Shane was a strong and admirable woman who worked hard to provide her son with a happy and secure life. Jensen was a man who was once ruled by his inner demons, but finds the strength to overcome his inadequacies. But after 4.5 years of no contact and missing out on the beginning of their sons life, Jensen has a lot to make up for to regain his family. And while Shane takes awhile to trust in Jensen, I still think she forgave him way too easily for his part of their separation!!