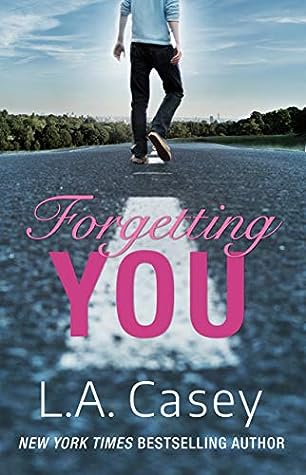 Elliot McKenna hasn’t heard the voice of the woman he loves in four long years. So when Noah Ainsley leaves him a voicemail his heart soars… until it is shattered beyond repair…

Noah has been is a terrible accident, and wakes up from a coma with amnesia of her last five years, to find her life has drastically changed… and she has no idea why….

Forgetting You was a heart-wrenching, second chance romance that will make you believe in the magic of everlasting, true love. After an accident that leaves her mentally missing the last five years of her life, Noah works to put the pieces together of just how her life became so unrecognizable to her, and why she hasn’t spoken to Elliott, the man she has always loved in YEARS.

When Noah wakes up in the hospital, not only with the loss of her memory, but also the news that she apparently hasn’t spoken to her parents in years, she and the love of her life have broken up, and she’s married… to a man she can never remember meeting.

Elliot’s life changed immensely due to Noah’s accident, but when she awakens, he realizes the second chance he has always wanted has finally arrived. Holding vigil in her hospital room and spending as much time with her as he can, they slowly reconnect after the years they’ve been apart. But, while Noah is still in the dark about what happened in the five years she has forgotten, the truth will slowly come out… and may send her running right back to where she left off..

This was a very good story. Heavy and emotional, and causing more than a few tears, the love story between Noah and Elliot was vastly beautiful, and very, very complicated.