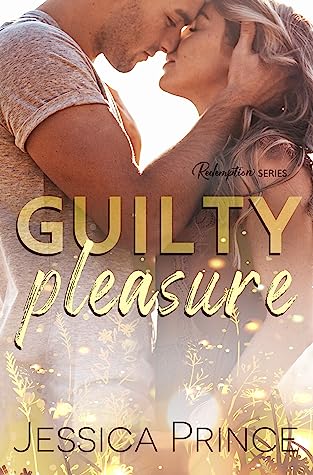 Returning to Redemption, Tennessee after leaving heartbroken, seven years prior, Lark Ashton dreads coming face to face with the town, and her former loved ones who all turned their backs on her. But with her beloved Aunt needing help, Lark never thinks twice about doing everything in her power to take care of her, including  moving back to Redemption… for good.

Clayton Morrison is not happy to see his ex-girlfriend is back in town. After she betrayed him all the years ago, Clay is not ready for a repeat of the heartbreak he suffered at the hands of the woman he loved since the moment he first laid eyes on her…

Guilty Pleasure was an emotional and sexy, second chance romance, and an utterly delightful read! Overcoming their pain from the past will be not small feat, but a love like Lark and Clay’s is timeless, and meant to be. And although they have their hurdles to overcome, they will never let another thing come between them… if only it were that easy….

Lark was a funny, sweet and incredibly giving person, and yet her life so far has been filled with one heartbreak after another. After finding her first slice of happiness living in Redemption, Lark was devastated when she lost it all from one horrendous lie told about her. Now with her return to town, Lark is starting to get used to the angry looks and all-out-hostility… or so she keeps telling herself…

Clay once trusted Lark with his entire world, only to have her betray him and his family in the worst possible way. But with her return, seeing Lark again brings back all of the feelings he has locked away these past seven years, and containing them becomes harder with each and every Lark encounter.

Guilty Pleasure was another fantastic read in the unforgettable, Redemption series! Lark and Clay’s angst, sexual tension and mutual dislike for one another is a recipe for an intriguing and engrossing storyline. I adored Lark, she was sweet and genuine, but girl, I would not forgive as easily as she does… people in town were TERRIBLE to her! Clay was a thoughtful and attentive boyfriend with all kinds of sexy alpha tendencies in the bedroom… although he did make some bad calls that need some serious rectifying!!

I am so hooked on the fabulous Redemption series! The characters, their stories and the feeling they provide of their being so much more to come, each book might just end up being better than the last!!