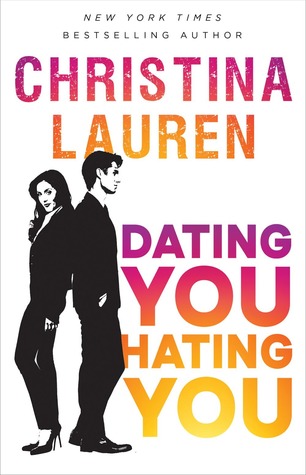 Evelyn Abbey is a high-powered Hollywood agent in danger of becoming a married-to-her-job, spinster. When she and Carter Aaron meet, they hit it off immediately… but their connection soon devolves into them being pitted against each other for the same job…

Dating You / Hating You was a slow burn office… romance?! More like romance outside of the office, and utter disdain within. Evie and Carter really, really like each other, until they have to compete for the same position, and their developing feelings are suddenly thrown into the middle of an all-out office war…

Evie loves the job that she has basically dedicated her life to. But with sexism in the workplace, a terrible manager and now a merging of two agencies working against her, her team player attitude is about to take a nose dive when it comes to her new competition.

Carter is worried about losing the position that allowed him to move to LA and start the life he really wants, but his feelings for Evie and their sudden unspoken competition makes his dilemma an even harder scenario to face.

I loved the premise for this book, and I really like Evie’s generally straight-forward, personality. She had her moments of being a tad bit petty, but for the most part she rocked her challenges head-on. Inversely, with Carter, I really wanted to like him, and when he was being sweet it was easy to do. But, Carter seemed to have some major red flag temperament issues. And when his tendency to lash out was never really addressed in the long term, it made him a hard character to accept.

While the competition between Evie and Carter is at it’s height, their attention is being pulled from something bigger within the story, and that something makes a very juicy (and welcome!!) addition to the plot.