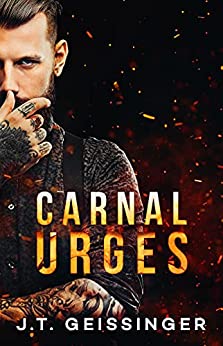 Sloane Keller has had her share of unique encounters with men… but being kidnapped by the Irish mob is a new one. Luckily, Sloane is an undisputed master at charming her way out of any situation… and the ruthless Declan O’Donnell has no idea what his captive has in store for him…

Sloane was a delightfully sunny character who never lets an insult stick, can land on her feet in any situation, and can easily take down a man over twice her size. Loyal, charming, and used to taking care of herself, Sloane can enchant even the scariest of men… until she is subjected to the likes of Declan.

Declan was a merciless mafia henchman turned de facto leader of the Irish mob. While kidnapping Sloane under the orders of his former boss, Declan was left to deal with his captive on his own… and he found out pretty early on that just about everything about Sloane drives him absolutely crazy.

Holy moly, I was completely addicted to everything about this sexy AF and deliciously riveting story! Sloane was hilarious with her gives no F’s attitude and her ability to stare down danger in the most desperate of circumstances. Sloane and Declan’s capacity for trading the most delightful banter and insults was almost as entertaining as their hot and dirty, sex life. And while some say a relationship with a mob boss may be a little too much too handle… Declan has found the perfect woman for the job… and he may just decide to keep her forever…

This book was another absolute must read in the unforgettable Queens & Monsters series. From the strong, capable and admirable female leads, to the dangerously sexy men they attract, I can not wait to see what comes next in this fascinating world…