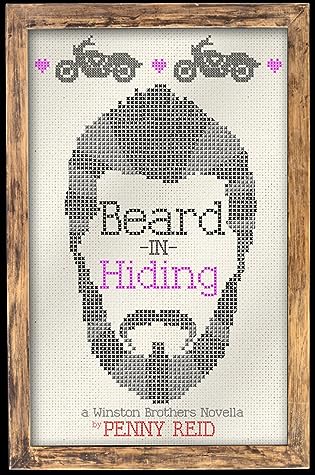 Diane Donner has spent her entire adult life under the thumb of her miserable ex-husband. But now that she’s free of him, she’s ready for an adventure, on her own terms… and she knows just where she wants to start…

Jason “Repo” Doe doesn’t do relationships, or attachments… but one night with Diane has him rethinking all of his rules…

Beard in Hiding was the story I didn’t know that I absolutely needed to read! Both Diane and Repo were characters in need of some serious redemption, and not only did we discover that they were both genuine and caring people, but also that they unequivocally deserved their very own happily ever after… and a spicy one, at that!

This story was a super sexy and emotionally satisfying read. I loved that Diane and Jason were mature characters who found each other at just the right moments in their lives. Inherently opposites, Diane is a successful businesswoman who isn’t afraid of hard work, and Jason is a biker, and a criminal with a super sketchy background. Their chemistry was off-the-charts hot, but it was their devotion to respecting each other that was the sexiest part of all!

Both Diane and Jason were able to reinvent the not-so-savory aspects of their personalities in a way that made it impossible not to root for them! The road to finding their happiness was not an easy or an uncomplicated one, but it’s their future that is full of endless possibilities…

This story is a companion novel to the Winston Brothers and Solving for Pie series, and may contain spoilers if you are not yet caught up in these series.

Read more from the Winston Brothers!!