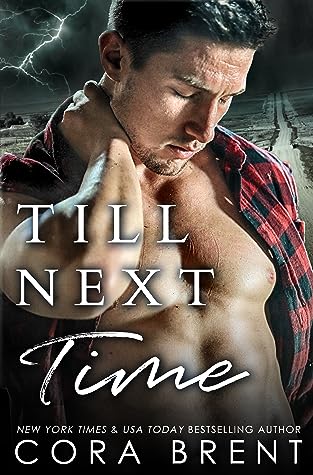 Susanna Toledo once left the small town of Arcana with a broken heart and her eyes on the future. Years later, she has returned to take care of her dying father in his final months of life… and she finds herself looking into the eyes of her past… and the boy she could never forget…

Colt Malene has spent too many years running from his past. And while Arcana may hold the worst sort of memories for him, he will always have a reason to return to the place he once called home…

Till Next Time was a highly emotional, heartbreaking and sweet, second chance romance! Susanna and Colt once shared a young love that was never meant to be… but when they meet again, the wounds from their past will finally start to heal. But after years of unspoken regrets, will there finally be a future between them? Or will their love story come to a bittersweet end…

This story had an incredibly thorough plot that spanned many years, and went through the many seasons of both Susanna and Colt’s lives. Getting to know the characters and being able to see their tribulations from their teen years into adulthood, provided a rich and complex, second chance love story.

Susanna was an admirable character who always tried to do the right thing, and although she and her father had their differences in the past, she uprooted her life to be there with him at the end of his life. Her storyline was utterly heart wrenching at times, but it allowed her impeccable heart to always shine through…

Colt had many reasons to avoid all things Arcana, but visiting his old coach at the end of his life was something he needed to do. Letting things go and repairing relationships, Colt worked hard to mend his mistakes of the past. But when it comes to Susanna, time may be running out for him to find a way to finally get it right.

This book was a heartwarming and emotional read. I loved the opposites attract relationship between Susanna and Colt, and the incredible love that they have for each other stood the test of time. The redemption aspect of this story was fantastic, and I absolutely loved not only where Susanna and Colt end up, but the previous characters from the book Till It Hurts end up as well!

Read more from the Arcana world!