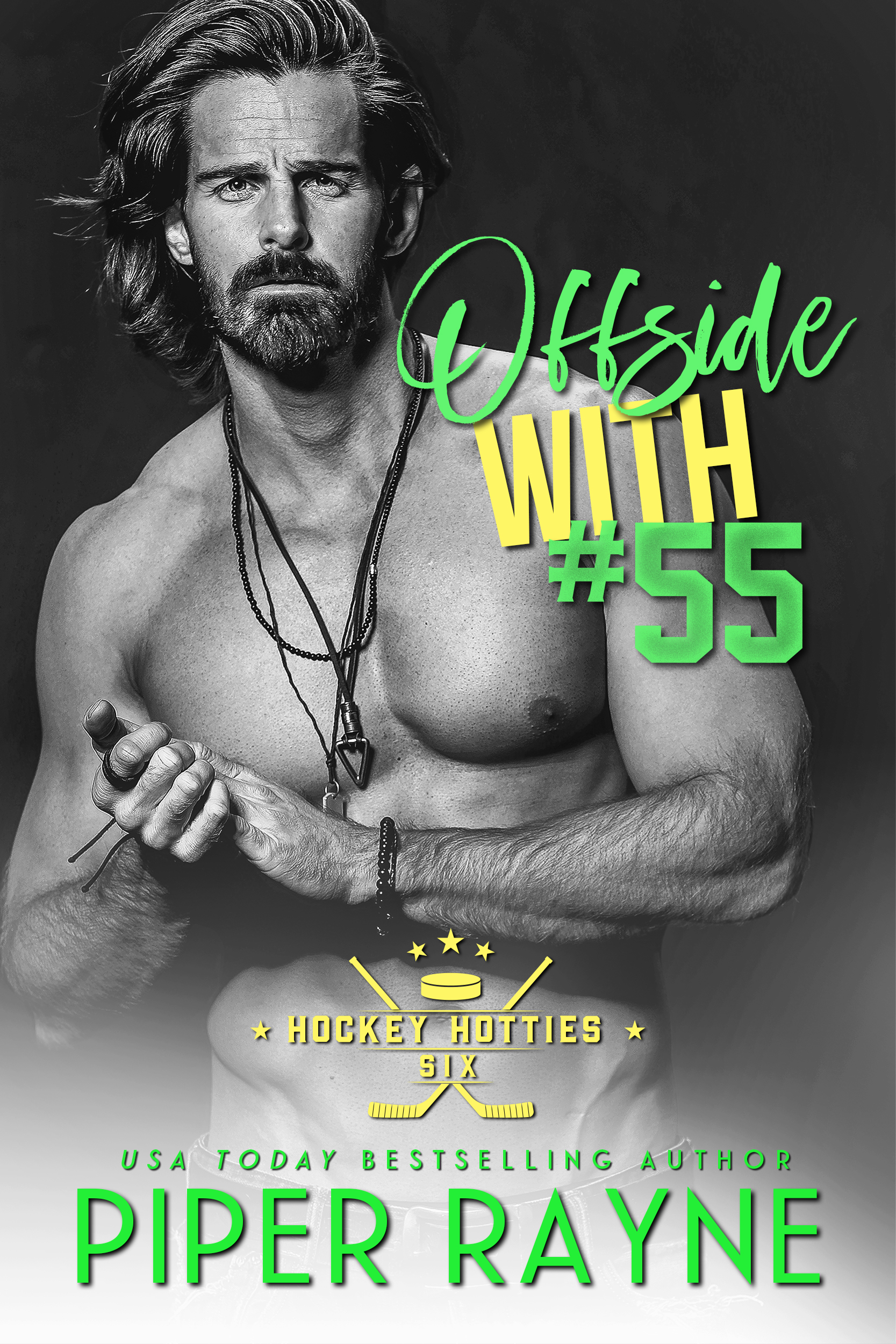 Change is happening within the Florida Fury hockey franchise! With Jana Gerhardt stepping in as owner, former goalie, Kane Burrows, is the new head coach. And while taking an already winning team all the way to the championship may seem like an easy feat, these two are left navigating their former fling, and the very real feelings that they both still have for each other…

Offside with #55 was a delightful and sexy, second chance, workplace romance! Jana and Kane’s dazzling chemistry heated up the pages of this fantastic and final book in the amazing, Hockey Hotties series.

I loved this book, and it’s characters SO MUCH! Stepping into the role of team owner, Jana not only feels like she has to prove herself to her father but the entire Florida Fury family as well. And while she and Kane had a good thing going with their super secret fling, Jana feels like any continuation of their benefits will result in a catastrophic conflict of interest.

Kane has a hard time leaving his life as a player behind, but transitioning to being the teams new head coach gives him the opportunity to still be a big part of the sport that he loves so much. And while Kane understands Jana’s new stance on their non-relationship, Kane makes no secret of just how much he disagrees with her ending things between them…

Jana and Kane had the best antagonistic and banter filled relationship, where each argument led to scorching hot, make-up sex. While their opposite personalities and relationship avoidance leads them to troubles with the team, they will have to learn to work together like never before…

As the final book in the wonderful Hockey Hotties, we have to say good-bye to some beloved characters, but this book (and bonus epilogue… check it out!) wrapped up the series in the most satisfying and entertaining way.