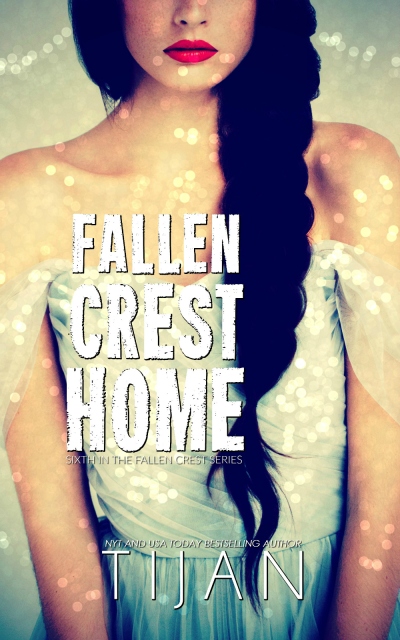 It’s been years since my mother was in my life.

I learned to accept love.

That’s all done. She was away, and now she’s back.

I’ve avoided her for a year and a half, but I can’t hide anymore.

Mason has an internship in Fallen Crest, so we’re heading back for the summer.

And when we got there—no one was prepared for what happened.

My hand cradled the back of his neck, holding him prisoner.I didn’t want him to look away, to move away.

I wanted him inside of me.

His eyes darkened and as if reading my mind, he moved back to pull his pants off. After grabbing a condom, and pulling it on, he came back and settled between my legs.

My arms went back around him, like returning to their home.

“Sam,” he murmured, tracing a finger down the side of my face. He tucked some hair behind my ear, and then I felt his lips against mine again.

That’s what this was.

I groaned, my head falling back, and I felt his soft chuckle against my skin, but then he reached down and shifted, lifting my leg until I wound it around his waist. He dipped in, shifting, and I felt him at my entrance. He paused, then slid inside.

My eyes closed and I relished the feel of him in me.

He began moving, thrusting inside of me.

As he kept going, and he slid his hands up my arms to capture my hands, I opened my eyes. We were staring back at each other, watching each other. I could feel him reaching inside of me, searching, claiming me. Everything in my body yearned for him, yearned for more. I wanted more. I needed more.

The second he touched me, everything blared alive. I was awakened. Always.

In and out. Mason kept thrusting.

My fingers clamped down over his, sinking deep as his pace quickened.

“Mason,” I gasped. Weak. His onslaught kept going, harder, faster. “I love you.”

He groaned, climaxing, and his body clenched as he thrust into me a last time. It sent me hurdling over the edge, and I wrapped both arms around his neck, hanging on.

A moment later, he brushed a soft kiss on my forehead before he slipped out.

I still lay beneath him.

I didn’t want to move.

I didn’t want him to move, and eventually, we slept like that.

I woke later, but I was still in his arms. He was curled up behind me, and I went back to sleep again. All the doubts and questions would be there tomorrow.
Also Available

Author Bio
Tijan is a New York Times Bestselling author that writes suspenseful and unpredictable novels. Her characters are strong, intense, and gut-wrenchingly real with a little bit of sass on the side. Tijan began writing later in life and once she started, she was hooked. She’s written multi-bestsellers including the Carter Reed Series, the Fallen Crest Series, and the Broken and Screwed Series among others. She is currently writing Fallen Crest Seven (untitled) along with so many more from north Minnesota where she lives with a man she couldn’t be without and an English Cocker she adores.
Author Links
WEBSITE
FACEBOOK
FACEBOOK GROUP
TWITTER 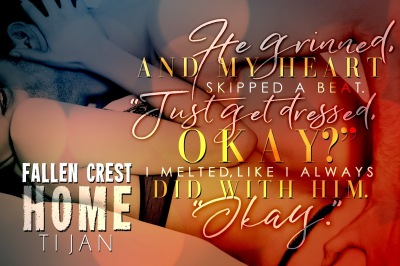