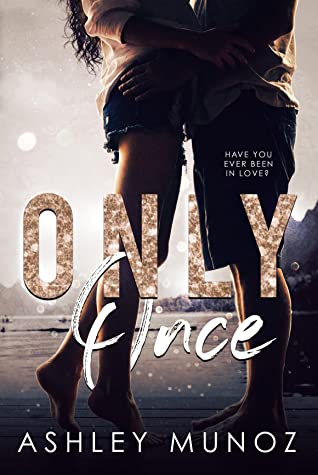 Bexley Black is a struggling single mother who long ago made a vow to herself that she would never come second when it comes to love. And while her resolve has not always made for the easiest path, she stands by her decision to hold out for what she truly deserves in life.

And then there’s Ryan Prince… Bexley’s first love, the man she never got over, turned international super star. They haven’t seen each other in ten years…. but that’s about to change, as well as the trajectory of their lives as they know them…

Only Once was a sweeping and unforgettable, second chance romance. Bexley and Ryan were once each others entire worlds, but after a break-up that shattered them both, they haven’t seen each other in the last ten years. And now, in very different positions in life, these two realize just how strong of feelings they still have for each other, whether they be a never-forgotten, simmering love, or a resentful and lingering distaste…

Bexley had a terrible childhood which shapes the way she looks at love and relationships. After her world shattering break-up with Ryan, Bexley moves on… to the best of her ability, and now has two amazing children who she is wholly devoted to.

Ryan was heartbroken when he and Bexley broke up and has avoided any sort of romantic entanglements with women ever since. Although his first career choice didn’t work out, Ryan has made quite the name for himself as a well-known celebrity. Seeing Bexley again is a complete and utter shock, but Ryan soon realizes that he finally has the opportunity for the closure neither of them ever found, but Bexley will never be a woman that Ryan could easily forget…

This fantastic story encompassed the trials, tribulations, and the genuine angst of the failure of true love and the past mistakes that caused it. With their hurt still running deeply between Bexley and Ryan, a second chance between them seems almost impossible. Trying to force their love to work without letting go of the past will always come between them, and Bexley still refuses to be second to anything when it comes to love.

This book was emotional, sexy and incredibly entertaining. I loved the complex and genuine characters whose life experiences shaped the way they approached conflict and their past wounds. Bexley was a strong, independent, and loving, single mother who deserves every bit of a good life that Ryan wants to share with her… if only they can heal from the past they haven’t yet left behind…