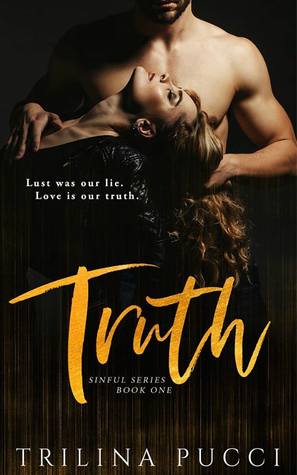 Drew Matthews has had enough of her current relationship, and after spending a year with a controlling jerk of a man, she is ready for something new. Spending a weekend away from her soon-to-be ex, she never intended to end up in a sex club, or in the arms of a man who seems like he can look right into her soul…

Dominic King doesn’t do forever. With his pick of women at his club, he can move from one no strings attached night to another. Until he sees Drew, and everything he thought he wanted inexplicably changes…

Truth was a deliciously sexy, insta-love story with all kinds of relationship complications that make for an entertaining storyline.

Drew is a successful woman who falls into a relationship with a man who constantly belittles her and coerces her to do things his way. Realizing how unhappy she is, she decides their relationship is over, and she turns around and meets a man who is she is instantly connected to. Promising each other one night, when King changes the rules on her, her previous relationship has her hesitating to give everything to a man, again.

King is a man who get what he wants, but keeps his innermost feelings buried deep inside. He finds himself opening up to Drew and sharing things with her that he has never wanted to let out to anyone, even his closest family member. And when their fling burns hot and fast, King isn’t anywhere near ready to let Drew disappear from his life.

This book has so many amazing elements that make it an enjoyable read. With the incredibly hot sex in the beginning, there was a hint of of some kink that didn’t really get focused on. I liked Drew and King’s characters, but found their method of dealing with their problems a little odd at times. The storyline was highly entertaining and I definitely enjoyed the way Drew and King met, and their first sexual encounters together were ah-maz-ing.