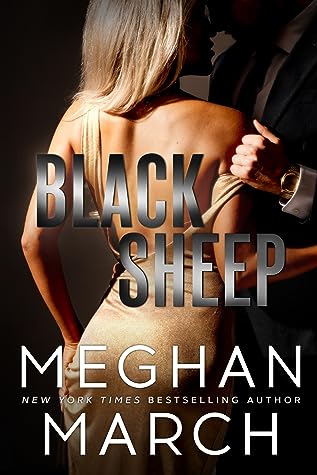 Investigative journalist Drew Carson knows what it takes to get her story. But her latest research is much more personal and dangerous than any investigation she has ever undertaken. Infiltrate the Casso crime family’s most inner sanctum… no problem… until she lays eyes on the alluring Cannon Freeman.

Cannon Freeman is the illegitimate son of Dominic Casso, the head of the Casso crime family, and he owes him his allegiance. Whether he agrees with the family business or not, it could very well be his future legacy. And when Drew Carson walks into his club, Cannon knows she is the kind of woman who is a total game changer… he just doesn’t know how quickly she will throw his life into utter chaos…

Black Sheep was the gripping introduction to the much anticipated Dirty Mafia Duet by the incredibly talented Meghan March. Drew and Cannon are in a march against time and deception, and in a relationship that neither one of them planned on falling into…

In a bold and slightly crazy move, Drew has decided to find the people responsible for her father’s death, and make sure that every single person involved is brought to justice. Her first step is securing a job at the Upper Ten, a exclusive cigar club, where her new boss is the gorgeous and unpredictable, Cannon Freeman.

Cannon walks a fine line between being involved in his father’s business and keeping his life choices above board and crime free. The moment he meets Drew there is something about her that draws him in, but Cannon suspects there is much more to Drew that he hasn’t quite figured out yet…

Drew was a fantastic heroine!! She was smart, gutsy and completely dedicated to her endeavor to find her father’s killer. She is an expert chameleon, and I loved her ability to re-invent herself time after time. Cannon is quite the mysterious man. Even after the first half of the book, I was left guessing about the inner workings of his character, and what kind of secrets he may be hiding. He was a delicious mix of sexy alpha male, while being sweet and caring at the same time.

Drew and Cannon’s story is far from over, and after a heart clenching cliffhanger, the duet will conclude with the book, White Knight. And I will be here, not-so-patiently waiting for more from this incredibly steamy and suspenseful duet!