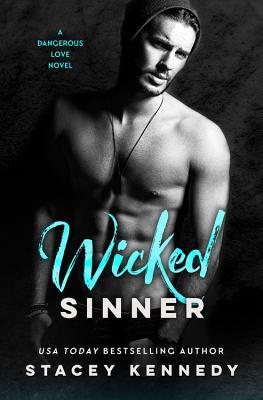 On her wedding day, Remy Brennan is prepared to finally have the life she always dreamed of… until she finds out that her fiancée isn’t the man she thought he was… in the most devastating way possible.

Asher Sullivan once made the biggest mistake of his life when he left Remy and the life they had envisioned making together. And although all those years ago, the possibility of a relationship between them was shattered beyond repair, he would love nothing more than to simply be her friend again… if she’ll have him…

Wicked Sinner was a second chance romance that featured some light suspense and a dramatic and engaging storyline. Remy and Asher once meant everything to each other, but when their lives started spiraling out of control, the love that they shared fell victim to their consequences. And when the slow rebuilding of their friendship brings back the feelings they once had, they both agree that they can never make the mistake of falling for each other, ever again.

I really enjoyed the plot of this book and I wished I would have connected with the characters a little more. I felt bad for Remy and all that she had been through, and while she was a little too into her “magic” to have it make important decisions for her, I loved the store she wanted to open in honor of her Nana and the memories they shared. What I would have LOVED to see was for Remy to have developed more of a backbone, and the ability to stand up for herself, but she was definitely someone who you wished that great things would finally happen for.

I liked Asher, even though his reasons for leaving Remy all those years ago definitely sucked. And while he was still guarded and trying to protect himself and Remy from further hurt, I felt like the poor man apologized and felt bad about his decisions for the entire book. And in the end, I would have loved something more current in the changes that came with their connection and relationship now vs too much of the focus being on what their relationship was like in the past.